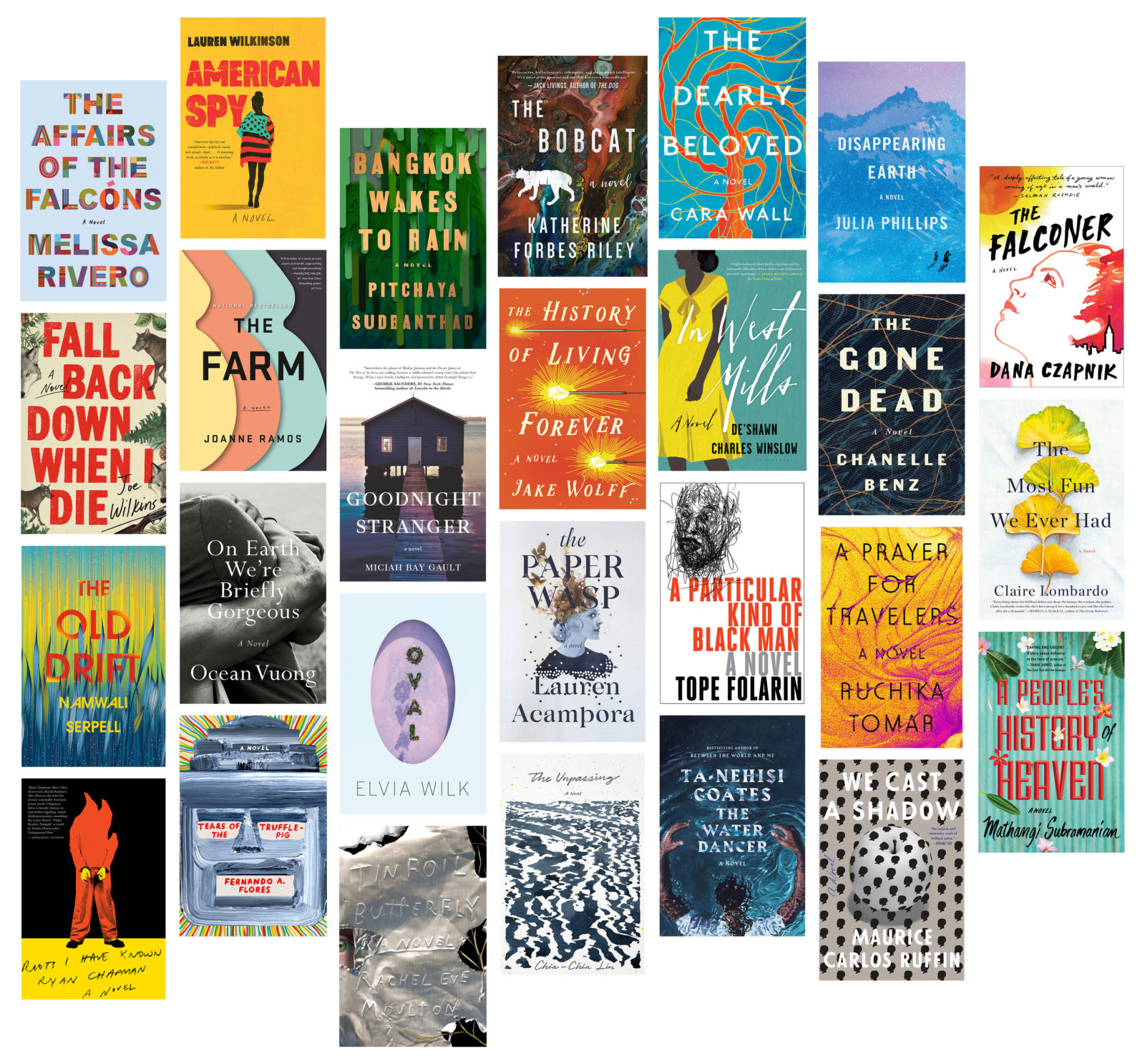 The Affairs of the Falcóns by Melissa Rivero (Ecco)

Fall Back Down When I Die by Joe Wilkins (Little, Brown & Company)

The Most Fun We Ever Had by Claire Lombardo (Doubleday)

A Prayer for Travelers by Ruchika Tomar (Riverhead)

A People’s History of Heaven by Mathangi Subramanian (Algonquin)

Riots I Have Known by Ryan Chapman (Simon & Schuster)

Tears of the Trufflepig by Fernando A. Flores (Farrar, Straus & Giroux)

The Water Dancer by Ta-Nehisi Coates (One World/Random House)