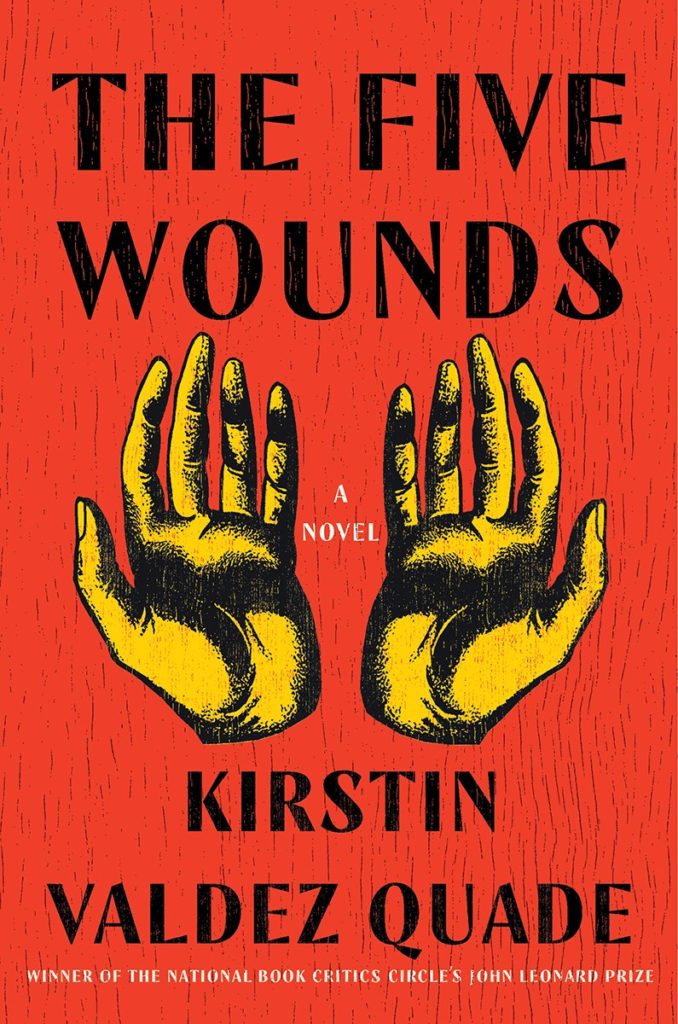 Congratulations to our 2021 First Novel Prize winner, Kirstin Valdez Quade, author of The Five Wounds (W. W. Norton & Company)! The award was announced last night at The Center for Fiction’s Annual Awards Benefit and 200th Anniversary Celebration. Last year’s winner, Raven Leilani, presented Quade with the award, which carries with it a prize of $15,000.

The Five Wounds was selected by a panel of distinguished American writers—Alexander Chee, Susan Choi, Yaa Gyasi, Raven Leilani, and Dinaw Mengestu. Kirstin Valdez Quade is the author of Night at the Fiestas, winner of the National Book Critics Circle’s John Leonard Prize. She is the recipient of a “5 Under 35” award from the National Book Foundation, the Rome Prize, and the Rona Jaffe Foundation Writer’s Award. Originally from New Mexico, she now lives in New Jersey and teaches at Princeton University. Click here to read our recent interview with Quade.

In The Five Wounds, Amadeo Padilla was hoping for redemption through his portrayal of Jesus in the Good Friday procession of his small town in New Mexico when his fifteen-year-old daughter, Angel, shows up pregnant after fleeing her mother’s house. Five generations of the Padilla family converge during the baby’s first year, bringing to life their struggles to parent children they may not be equipped to save.

The evening was emceed by acclaimed author and wit Fran Lebowitz and featured a virtuoso performance by Grammy Award-winning saxophonist David Murray. Nobel Laureate Kazuo Ishiguro was honored with The Center for Fiction Lifetime of Excellence in Fiction Award. To mark the occasion, he was interviewed by David Remnick, Editor of The New Yorker.

The Center for Fiction On Screen Award, which honors groundbreaking original works of film and television that mirror the complexity and vision of great novels, was presented to series creator and director Barry Jenkins, author Colson Whitehead, and Jennifer Salke, Head of Amazon Studios/Prime Video, for the exquisitely rendered adaptation of Whitehead’s The Underground Railroad, winner of both the National Book Award and the Pulitzer Prize.

Board Member Jacqueline Woodson introduced The Center for Fiction Medal for Editorial Excellence, the first ever to have been awarded to an editor of young people’s literature. Children’s book author and illustrator Grace Lin presented the award to Alvina Ling, Vice President and Editor-in-Chief at Little, Brown Books for Young Readers.

The Center for Fiction’s 200th Anniversary marks its founding in 1821 as the Mercantile Library of New York. Funds raised by the Annual Awards Benefit support our public performance events, KidsRead/KidsWrite programming, and The Center for Fiction / Susan Kamil Emerging Writer Fellowships. Thank you to everyone, near and far, who made this such a remarkable evening.