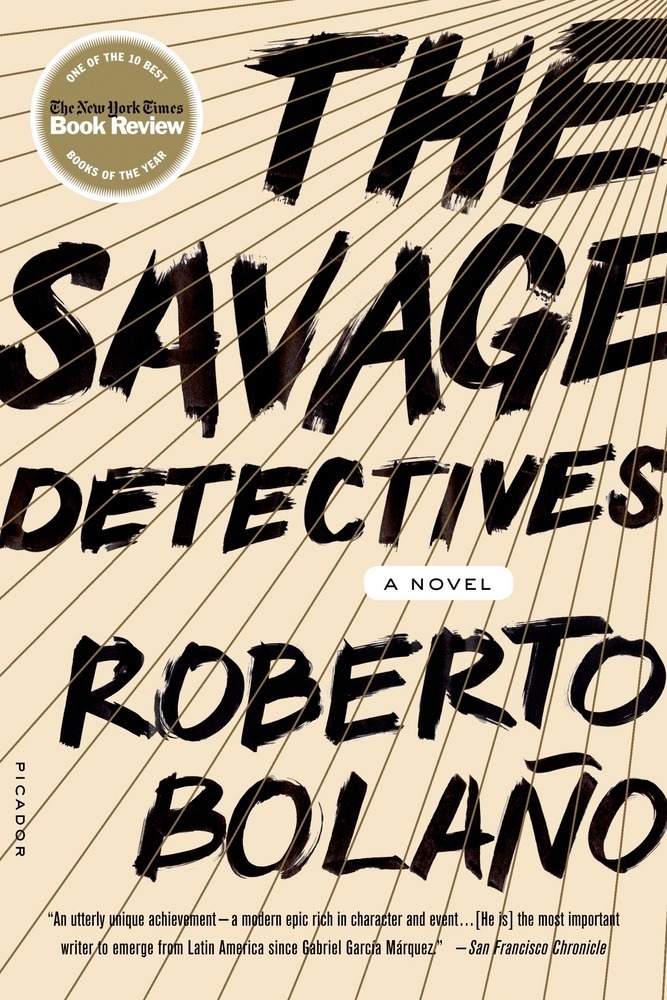 A soaring tale of literary adventure, Roberto Bolaño’s The Savage Detectives is packed with pimps, poets, detectives and dealers. It takes a huge cast of characters, some real, some fictional, to relate the exploits of Arturo Belano and Ulises Lima, two shaggy-haired troubadours in search of a writer in the Sonora desert who might just be the mother of all literature. Their antic quest is at turns darkly funny and tragic, as the pair and their coterie of artists and slackers do their best to survive the glories and misadventures of the 20th century.

A novel that Roberto Bolaño described as a love letter to his own generation, The Savage Detectives is a sweeping tableau of art, sex and politics, a kooky road trip that takes the reader from the deserts of Mexico to Europe, South America, the Middle East, Africa and beyond. This is the much-loved novel that cemented the Chilean author’s reputation as one of Latin America’s most ambitious and admired novelists when it was first published in to great acclaim in 1998.

No previous knowledge of Latin American literature is assumed, and there will be no required reading apart from the novel itself. In meetings we will discuss the themes of the book along with Bolaño’s signature prose style, and the novel’s sprawling structure. The Center for Fiction takes no responsibility for participants who quit their jobs to go and write poems in the desert.

We will read and discuss the novel over the course of six meetings: