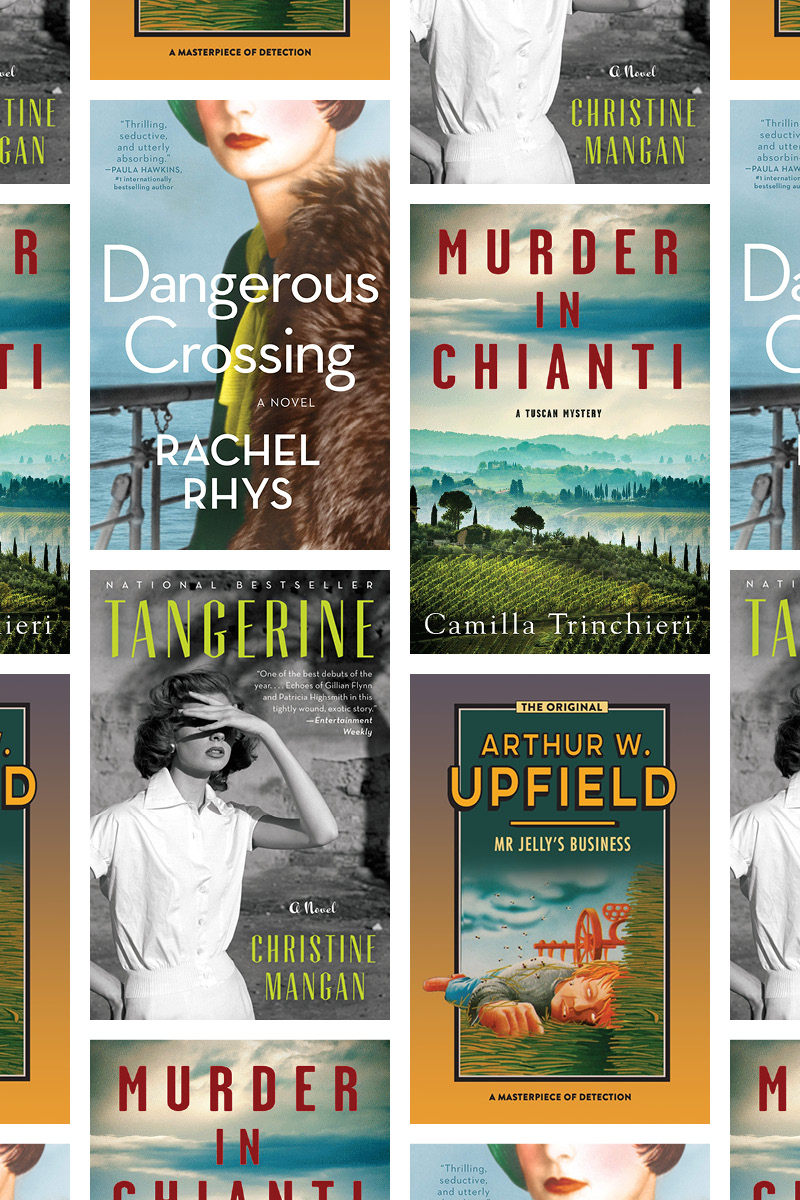 The ‘With Books’ option includes all titles required for this reading group at a 10% discount.

This book discussion group will focus on international crime fiction. These four novels may inspire wanderlust and leave you longing to pack your bags and head off to explore. The books range from Mr. Jelly’s Business (1937/2017), the classic police procedural series by Arthur W. Upfield, set in Australia and featuring Inspector Napoleon “Bony” Bonaparte. The series began in 1929 and is currently being reissued. The three other books the group will be reading are of more recent vintage. Dangerous Crossing (2017) by Rachel Rhys is set in 1939 aboard an ocean liner crossing from England to Australia with stops in Naples, Cairo, and Ceylon. Tangerine (2018) by Christine Mangan is set in North Africa in the 1950s. Two old friends reunite, and a husband goes missing. Murder in Chianti (2020) by Camilla Trinchieri is set in Tuscan wine country and introduces a former NYPD detective who moves to his late wife’s hometown in Italy only to find himself drawn into a murder investigation.