Crime Fiction from Book to Film with Dr. Frankie Bailey 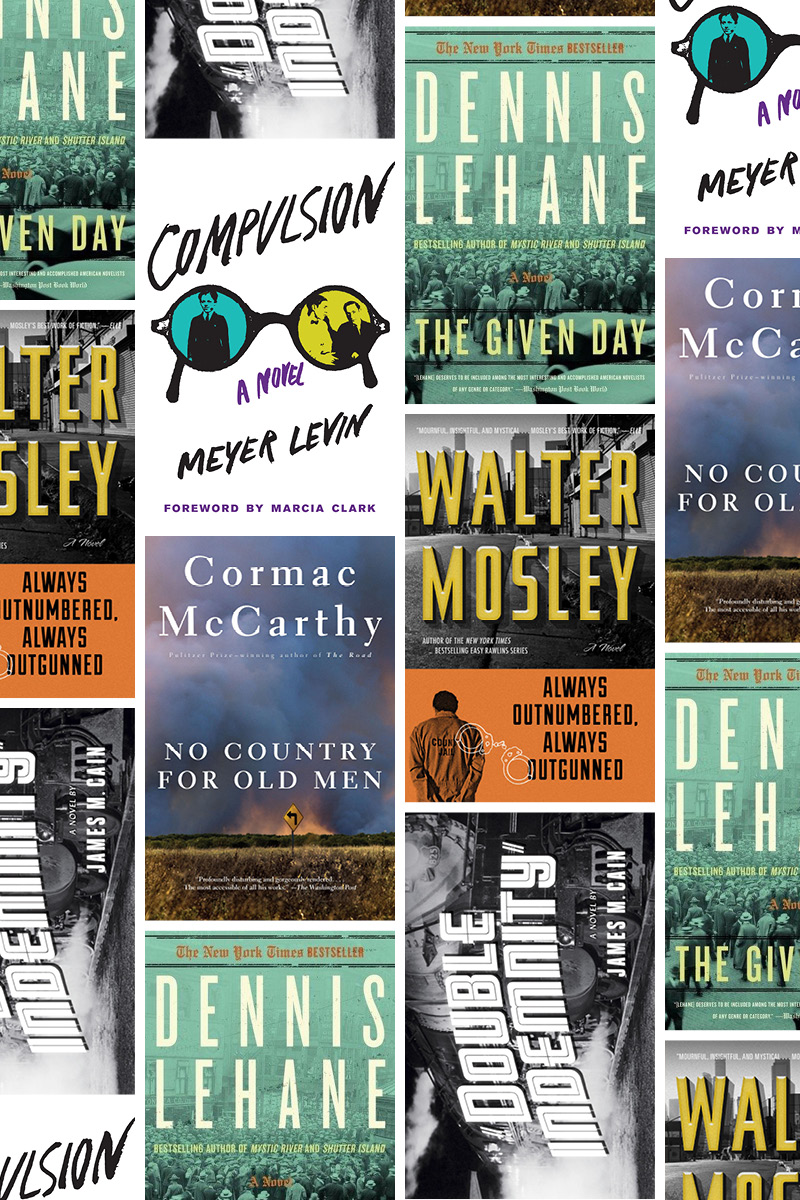 The ‘With Books’ option includes all titles required for this group at a 15% discount.

From Hitchock to the Coen brothers, the books selected for this group have captured the attention of filmmakers (and moviegoers) through the decades. Explore five gripping crime fiction novels set in the context of American history and culture.

Session I: Compulsion by Meyer Levin
A fictionalized account of the Chicago 1924 “thrill killing” of young Bobby Franks by Nathan Leopold and Richard Loeb. An entry in Ellroy’s L.A. Quartet, the book is “cop neo-noir” set in 1950s Los Angeles. The book is influenced by Ellroy’s own biography and Hollywood history. Adapted as a movie by the same title, starring Orson Welles as famed defense attorney Clarence Darrow, released in 1959. The case was later inspired three other movie adaptation, including Alfred Hitchcock’s post-World War II film, Rope (1948), starring James Stewart, and Murder by the Numbers (2002) starring Sandra Bullock, and Swoon (1992), that returned to the original details of the case.

Session II: No Country for Old Men by Cormac McCarthy
The book is set on the Mexican-Texas border and involves a drug deal gone wrong, a man who seizes a dubious opportunity, and the relentless hit man on his trail. It was adapted as a Coen Brothers film by the same title in 2007, starring Tommy Lee Jones, Josh Brolin, and Javier Bardem.

Session III: The Given Day by Dennis Lehane
Set in Boston, 1919, the novel focuses on the Coughlin family, their African American housekeeper, and an African American ball player who migrates from Tulsa to Boston during this turbulent year. Lehane draws on the details of the real-life Boston police strike and the Great Molasses Massacre. A movie featuring the youngest Coughlin son (Live by Night) has been made. However, The Given Day, the first book in the family saga, has been developed as a movie concept but is still pending.

Session IV: Always Outnumbered, Always Outgunned by Walter Mosley
This series of fourteen short stories featuring ex-prisoner Socrates Fortlow is set in Los Angeles in the 1990s. It was adapted as an HBO cable network film starring Laurence Fishburne as a convicted murderer who faces a challenging reentry into his community.

Session V: Double Indemnity by James M. Cain
This slender novel is based on the real-life 1920s Ruth Snyder-Judd Gray murder case in New York City. Moved to Los Angeles, the book was adapted as a 1940s film noir featuring Barbara Stanwyck as the femme fatale and Fred MacMurray as the insurance salesman who come together to kill her husband. The movie also starred Edward G. Robinson as the insurance investigator.