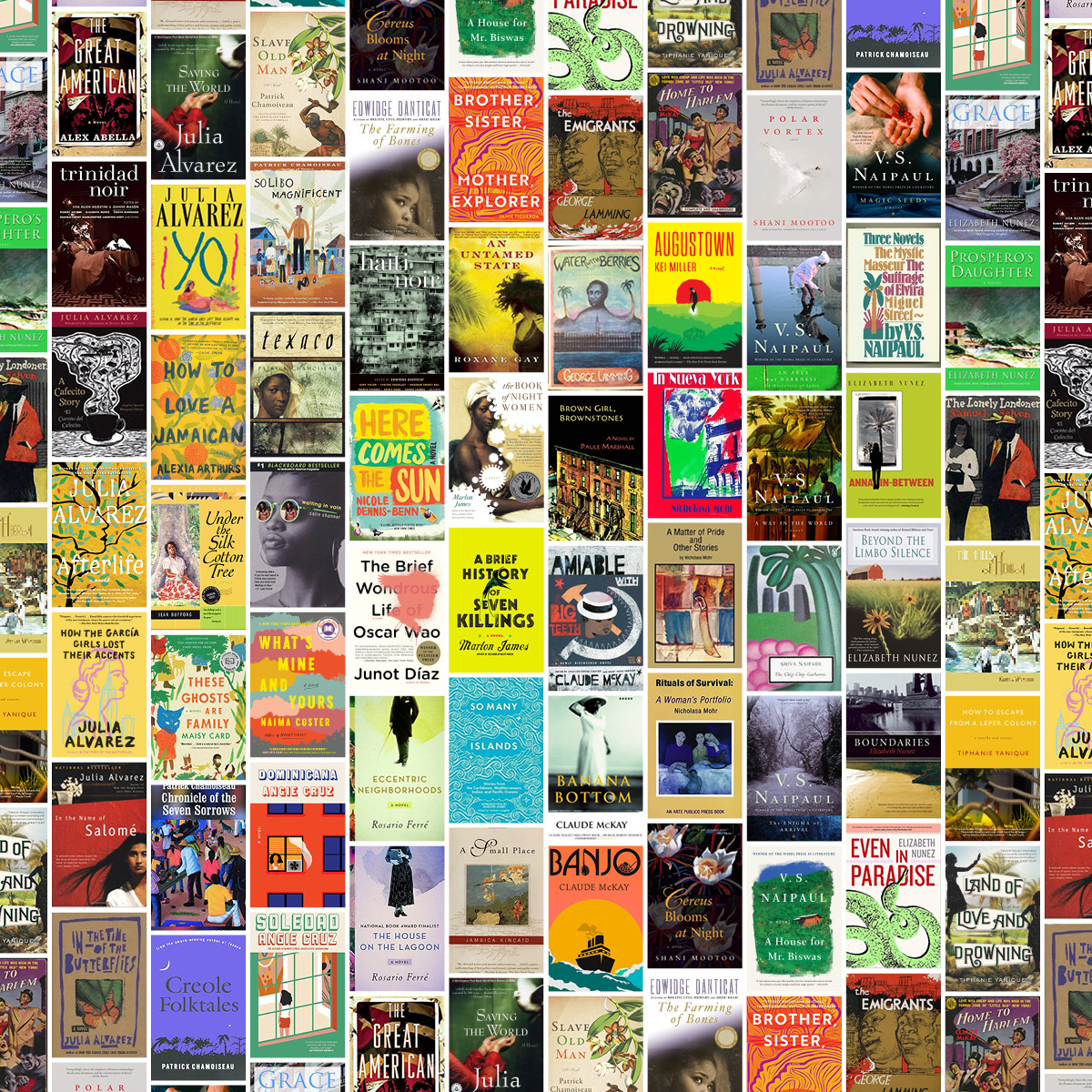 “Reading the Caribbean means you read the world”
—Shivanee Ramlochan

As a cultural institution in downtown Brooklyn, our overarching goal is to reflect our community. The history of the Caribbean community in Brooklyn and throughout New York City is rich and multifaceted, going back generations. The Caribbean is an extremely prolific region of storytellers and boasts a distinct literary aesthetic. To the islands of the Caribbean, Brooklyn is the gateway to the diaspora. This idea is reflected in the numbers. Brooklyn is home to the highest concentration of Caribbean lives outside of the region. The Caribbean fiction collection within our membership library is a meticulously-researched joint project of the Brooklyn Caribbean Literary Festival (BCLF) and The Center for Fiction. The BCLF is an organization dedicated to blazing a trail for Caribbean literature in the North American diaspora and began its partnership with The Center For Fiction in 2019. This collection is an important milestone in the ongoing shared commitment between the BCLF and The Center for Fiction to celebrate and promote the art of fiction with a specific spotlight on the incredible contributions of Caribbean authors to the literary community at large. This collection is a showcase of the writers whose work is fundamental to the appreciation of Caribbean literature. It is intended to encourage support for the work of Caribbean writers and foster a greater appreciation of the contributions of those who call that place ‘home’.

“I come from a little island with the Caribbean Sea on one side and the Atlantic Ocean on the other. I come from, really, nowhere, and for me, the fiction and the nonfiction, creative or otherwise, all come from the same place.”
—Jamaica Kincaid

The Caribbean, as a geographical region, is a place of incredible historical relevance, staggering beauty and complex realities. Our special collection contains a range of writing styles, nationalities, and ethnicities that only begin to scratch the surface of the layered stories of this region including noir short story anthologies with writers from various countries, to classics, to contemporary masterpieces and much more. The Caribbean canon contains award-winning, versatile, culture-crossing stories, which though often uniquely expressed, wrestle and interrogate wider ideas and themes of universal relevance to the human condition.

“Historically, the Caribbean has been at the forefront of every single movement for liberation in the New World. Its writers have been the allies and scaffolding of African diaspora scholarship. Today, the newly emerging voices of their offspring bravely confront and reflect on the diaspora experience with an urgency which demands to be heard.”
—BCLF

Caribbean and Caribbean-American stories are essential to New York City, and to Brooklyn especially. We hope that this collection helps preserve part of this deep history, and adds to the diversity of our library. Those yet uninitiated into the ways and beauty of Caribbean literature will be introduced to this sect of interesting writers – writers who have shaped modern literature in their own distinctive ways.

“When I was growing up, the books I read were by Enid Blyton and in it Blyton had children going to the beach for picnics, but they wore cardigans and they ate cucumber sandwiches. . . . And so of course, I try to imitate them, but you can’t wear a cardigan on a Caribbean beach. My grandparents had a friend, Beryl McBurnie. Beryl McBurnie was quite the opposite of that. She would wear all these great colors, you know, that we lived with, the reds and the pinks and the yellows and so on. And she would talk of tamarind, pommecythere, chataigne and all those…And suddenly I realized, I think she gave me permission to write about those things and, and I felt at home doing that.”
—Elizabeth Nunez

This collection will be ever growing and evolving. We invite you to suggest titles for our collection as well, which you can do through this link.