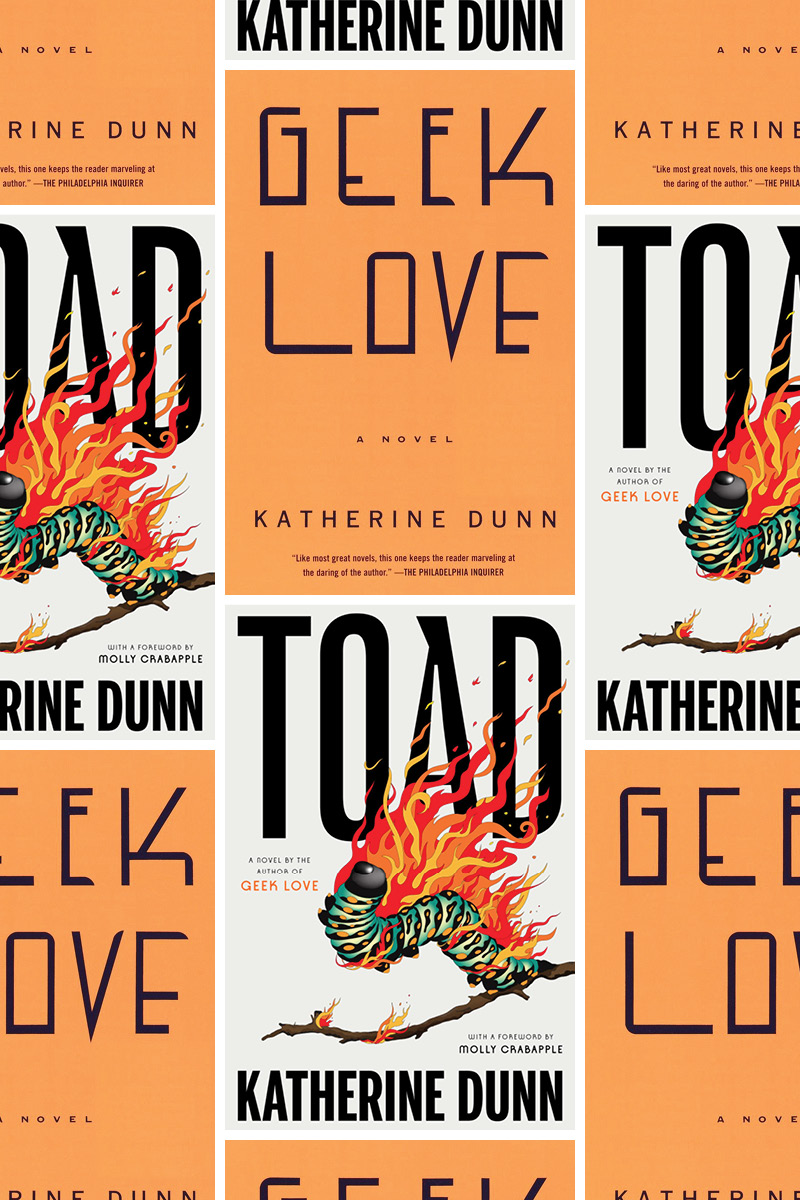 The ‘With Books’ option includes both titles required for this group at a 10% discount.

Upon its release in 1989, Katherine Dunn’s Geek Love captivated readers with the grotesque and fabulous Binewski family’s carnival, earned a spot on the New York Times bestseller list, and was nominated for the National Book Award. Since then, it has sold over 500,000 copies and been translated into dozens of languages. Geek Love is widely considered a cult classic, one of the weirdest, most beloved novels of recent history; to its fans, its ongoing relevance to contemporary culture comes as no surprise. It has inspired the work of many other renowned writers and artists, including Courtney Love, the Wachowski sisters, Flea, Tim Burton, Karen Russell, Jeff VanderMeer, George Saunders, and Jenny Lawson.

In November, MCDxFSG will publish Toad, a finished novel from Dunn’s archives about an aging woman who has exiled herself to a life of isolation and relives the memories of her misanthropic adolescence. Ahead of its release, Born Freaks, a three-session author survey, invites readers to discuss Geek Love over two weeks, alongside the artists and writers who are influenced by it. In the first two sessions, we will discuss the facts of Dunn’s lived experience as they relate to Geek Love and examine its trenchant themes concerning identity, gender, misogyny, disability, and more. In the third session, the group will discuss Toad, addressing the story of its publication and how Dunn mined her experiences as a student at Reed College to write it. Born Freaks celebrates Dunn’s legacy as a literary patroness for outcasts and oddballs.

Naomi Huffman is a writer and editor who lives in Brooklyn. Her work has appeared in the New York Times Book Review, the New York Times magazine, the Atlantic, GQ, Bookforum, the Believer, SSENSE, and elsewhere. She began transcribing Dunn’s short stories, housed in the archives at Lewis & Clark College, in 2018, and is the editor of two of Dunn’s previously unpublished books, Toad and Near Flesh: Stories, forthcoming from MCDxFSG in fall 2022 and 2023.