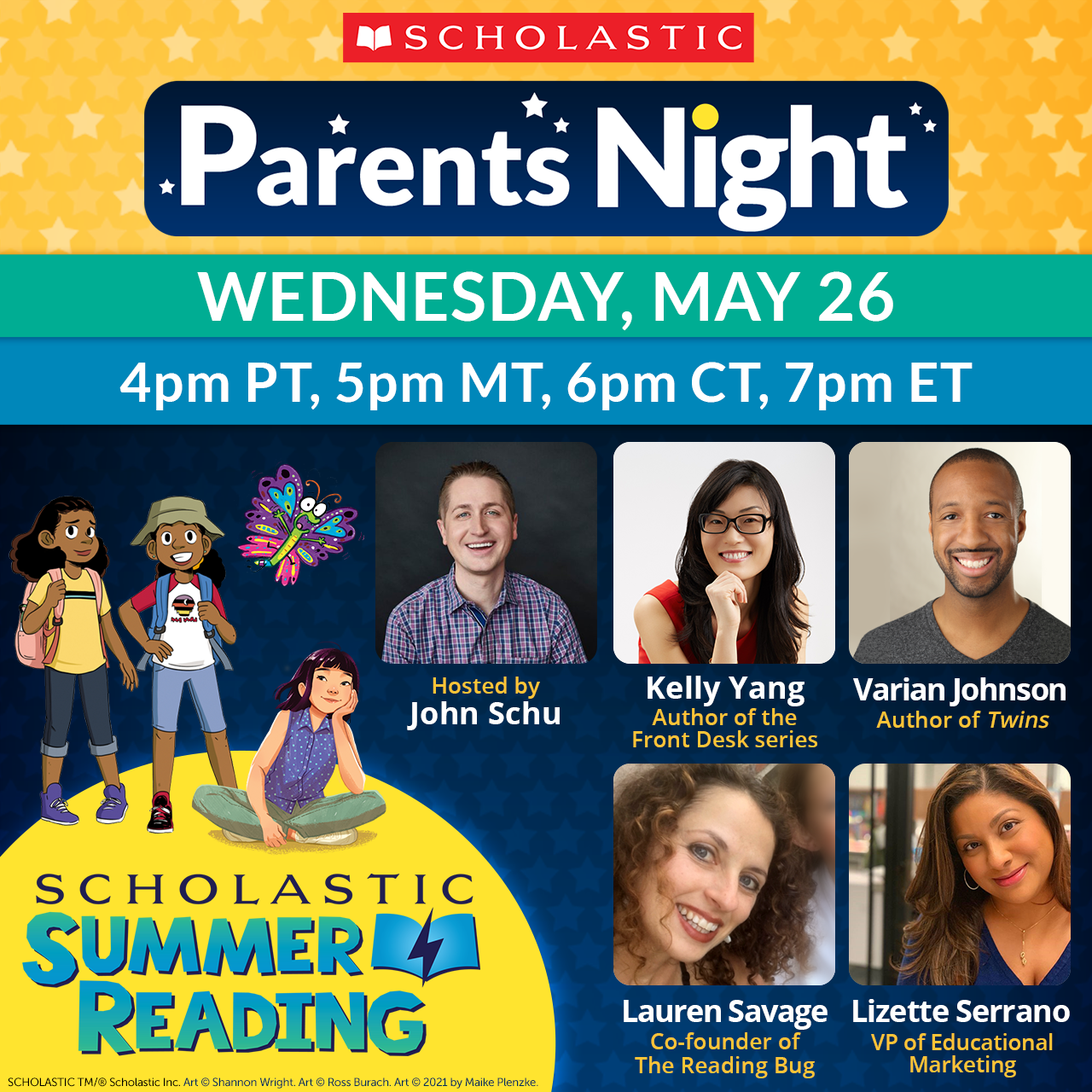 School’s out! At Scholastic Parents Night: The Power of Summer Reading, a virtual panel of Scholastic authors, education experts, and booksellers will give tips and book recommendations that will keep kids excited to read all summer long!

Be sure to tune in for: