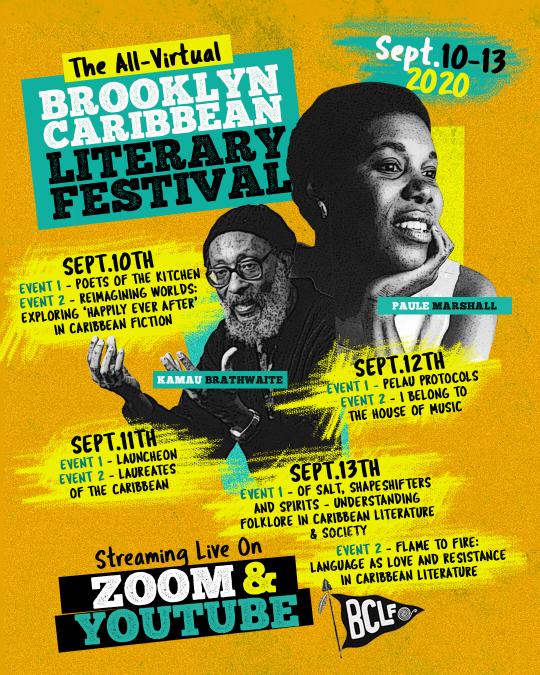 The 2020 Brooklyn Caribbean Literary Festival is dedicated to the memories of Barbadian giants, Paule Marshall and Edward Kamau Brathwaite.

The theme for this year is ‘Nation Language: Prose, Poetry and Sound’ and it brings together three of the most vital literary expression forms. For the 2020 installment, the BCLF will settle its gaze on the power and beauty of ‘nation language’, a term coined by Kamau Brathwaite (Barbados-born poet- extraordinaire and father of post-colonial Caribbean literature) to uplift and validate the language forms of Caribbean people.

Brooklyn-born, Barbados-proud Paule Marshall was a vocal admirer of the linguistic rhythms and patterns of Barbadian speech, and credited much of her writing influence to her mother’s relationship with language: “It served as therapy, the cheapest kind available to my mother and her friends. It restored them to a sense of themselves and reaffirmed their self-worth. Through language, they were able to overcome the humiliations of the work day. Confronted by a world they could not encompass, they took refuge in language.”