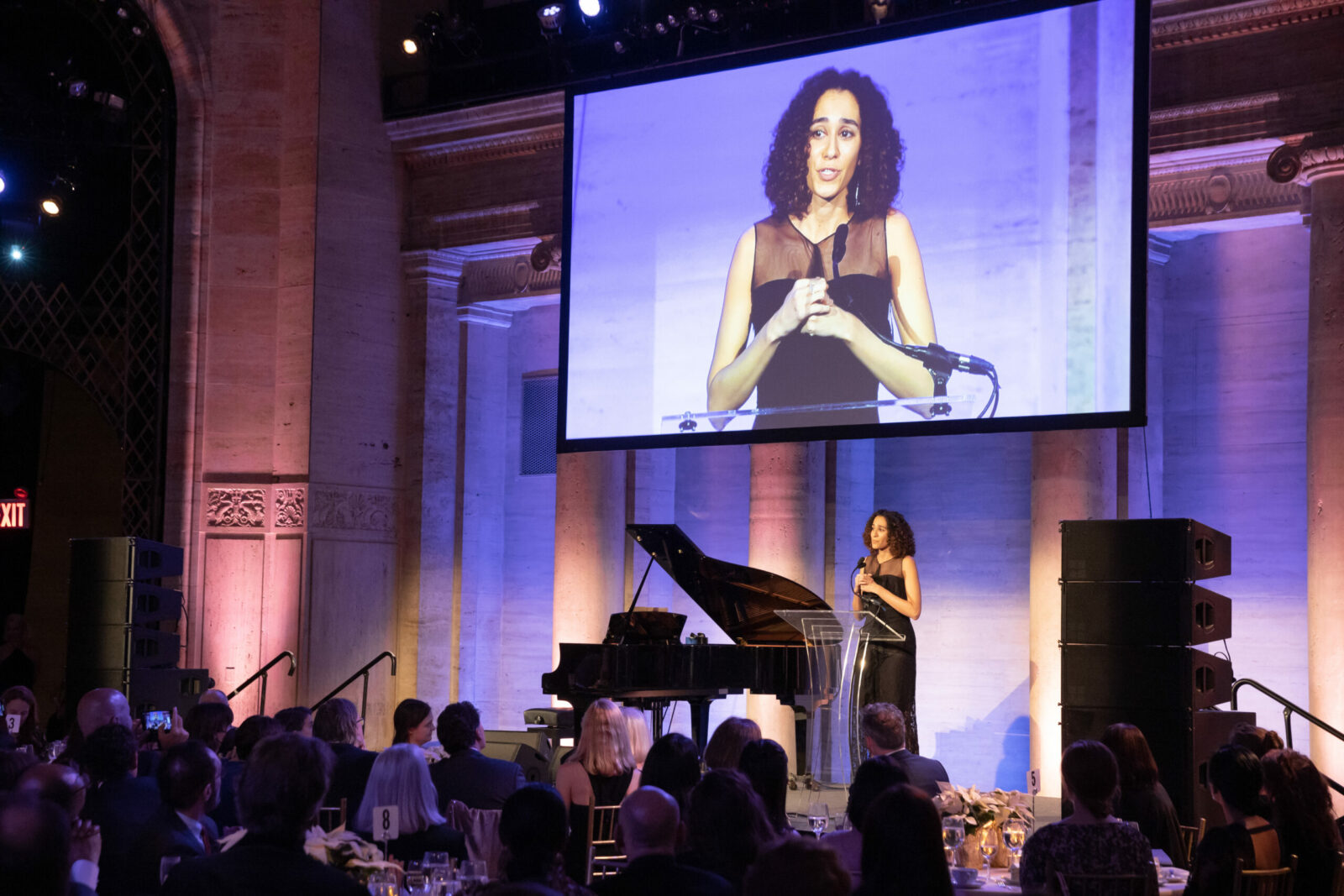 Congratulations to our 2022 First Novel Prize winner, Noor Naga, author of If an Egyptian Cannot Speak English (Graywolf Press)! The award was announced at The Center for Fiction Annual Awards Benefit on December 6, 2022 at Cipriani 25 Broadway. Author Rebecca Makkai presented Naga with the award, which carries with it a prize of $15,000.

Noor Naga is an Alexandrian writer who was born in Philadelphia, raised in Dubai, studied in Toronto, and now lives in Cairo. Apart from her debut novel If an Egyptian Cannot Speak English, she is also the author of the verse-novel Washes, Prays. Naga teaches at the American University in Cairo.

If an Egyptian Cannot Speak English takes place in the aftermath of the Arab Spring, when an Egyptian-American daughter of immigrants, nostalgic for the country she’s never lived in, falls in love with a man she meets in Cairo. He was a photographer of the revolution, but is now addicted to cocaine and living in a shack. When their relationship takes a violent turn, the fallout exposes the gaps in American identity politics and reexamines the faces of empire.

In a tribute to Booker Prize-winning author and The Center for Fiction Writers Council member Salman Rushdie, following the violent attempt on his life earlier this year, authors Bill Buford and Colum McCann read passages from Rushdie’s work. The evening was emceed by Pulitzer Prize-winning and bestselling author Jennifer Egan and featured virtuoso performances by internationally acclaimed jazz pianist and composer Marta Sánchez.

Funds raised by The Center for Fiction Annual Awards Benefit support our public performance events, KidsRead / KidsWrite programming for NYC public school students, and The Center for Fiction / Susan Kamil Emerging Writer Fellowships. Thank you to everyone, near and far, who made this such a remarkable evening.